We decided at our last online club to have a contest to see who could wear the most amazing pair of glasses on camera at the next one. Carole’s come up with some great ideas to help you!

How to make Letter Specs

Here are some of the things you could use, take a look around at home: 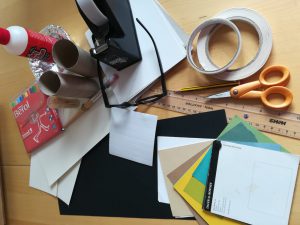 I made a rough measurement of how big I would need them to be, using my own glasses (you could use a pair of sunglasses if you don’t wear specs yourself). Leave room either side for the arm to go along the side of your head and over your ear. 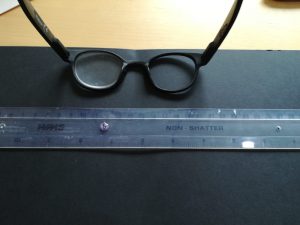 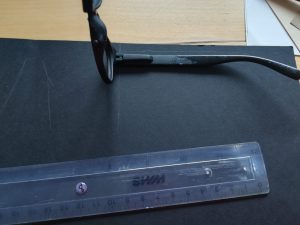 I drew what I hoped would look like the letters Y and C. 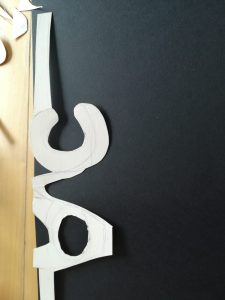 I stuck the white card on to the black as it wasn’t quite big enough. 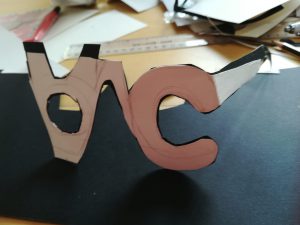 Next I started gluing on strips of tissue paper. You could use a magazine, newspaper, wallpaper or wrapping paper. It didn’t matter about covering up the lens of the Y letter as I cut it out later. 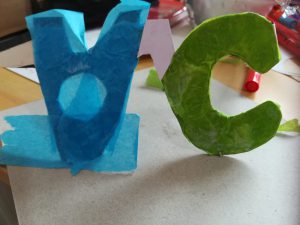 Last of all I punched out some flower shapes using a paper punch or you could just draw some or cut them out of a magazine. When the tissue paper is dry draw lines around the letters to make it look like stitching. 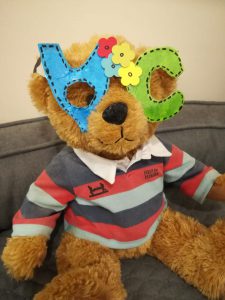 How to make Rainbow Specs 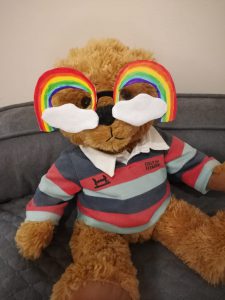 Draw around your specs, allowing the rainbow to overhang more on the outside of your head, as the inside – the bit that is near your nose – will get in the way. 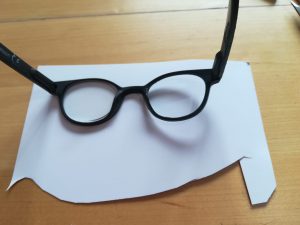 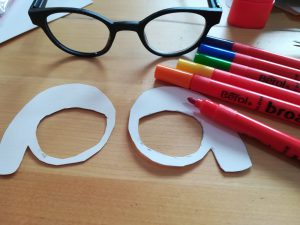 After colouring the rainbow I cut out cloud shapes from cotton wool face wipes or you could use cotton wool or paper. 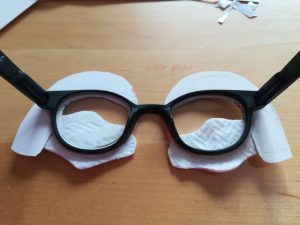 I fixed the rainbows on with double sided tape to the outside of the frames. 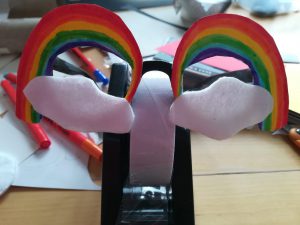 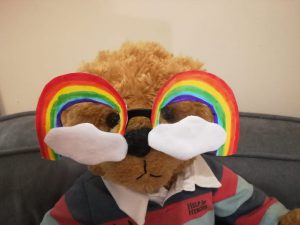 How to make Seaside Binoculars 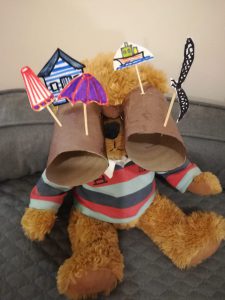 Sticky tape two loo roll tubes together, leaving a gap for the nose bridge. I did mine at an angle facing outwards to fit the shape of my eyes. Then I stuck card over the bridge of the nose part to make it stronger, adding some card to fit around the side of my head. 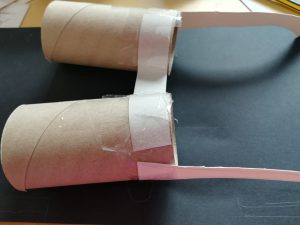 I covered the loo roll tubes with brown tissue paper. Then I drew some umbrellas, beach hut, boat and a seagull. If you didn’t want to draw then you could cut images out of an old magazine. I then stuck a cocktail stick behind each drawing, leaving enough of the stick to stand up after pushing the pointed end into the loo roll. 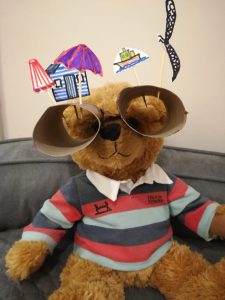 "It is vital teachers recognise the signs of a young carer and understand how best to support their needs."

We teamed up with @childrensociety to produce guidance for teachers on how to support #youngcarers in their classrooms 👉 https://t.co/ht2rNnh5AS #ukedchat

"I’m proud of the caring role that I have and that I’m able to help. At the same time, caring responsibilities prevent me from doing stuff most people my age would do, and I miss out on a lot of opportunities."

To find out more visit👇 https://t.co/vpXuzJWUpL

'As a young carer, I was doing things no 15-year-old boy should do'

Our weekly Zoom club is a lively and fun session with lots of fun & games for all ages. In response to feedback from our #YoungCarers we've created an additional group just for chat & catching up with friends. Our first meeting will be Friday 25 Sept 6pm so message us to join!

This is a place to find advice, information and news about all things relevant to Young Carers.